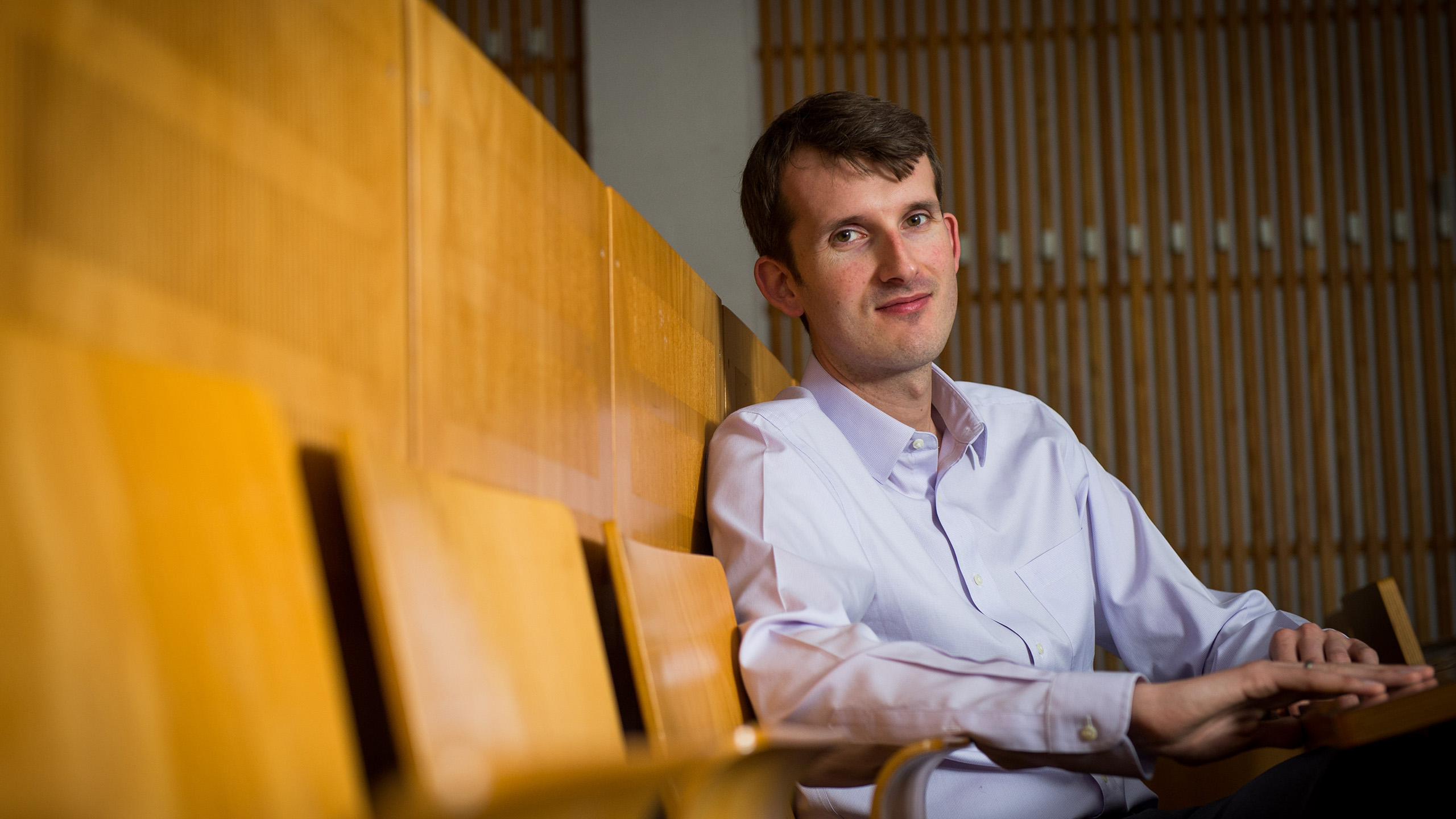 Jean-Michel Lafleur, Deputy Director of CEDEM ULiège (Centre d'études de l'ethnicité et des migrations) is the winner of the 2019 Wernaers Prize for the popularization of science. The prize is awarded for the book "Pourquoi l’immigration? 21 questions que se posent les Belges sur les migrations internationales au 21e siècle ", which he co-authored with his colleague Abdeslam Marfouk. The book, which is available online, has been a great success in Flanders and Wallonia and the accompanying video has created a buzz on social networks. For the two researchers, this prize is an opportunity to draw public attention to the plight of the 100,000 undocumented migrants in Belgium.

oing beyond clichés and allowing everyone to form an opinion based on popularised scientific data is the aim of the book Pourquoi l’immigration? 21 questions que se posent les Belges sur les migrations internationales au 21e siècle (Why immigration? 21 questions Belgians are asking themselves about international migration in the 21st century), co-written by Jean-Michel Lafleur, FNRS qualified researcher and deputy director of CEDEM (Faculty of Social Sciences) and Abdeslam Marfouk, research fellow at the Walloon Institute for Evaluation, Prospective and Statistics (IWEPS).Since its publication in November 2017, the book has been downloaded more than 40,000 times and the accompanying video has been viewed by nearly 400,000 people on social networks. The book is now widely used in schools and associations to raise awareness of migration issues. By awarding them the Wernaers Prize for the popularisation of science, these two scientists have been rewarded by the FNRS for their commitment to public debate.

Although recent news shows that the issue of migration remains an extremely divisive subject, Jean-Michel Lafleur sees the success of this book as an additional motivation to continue his work.  "The success of this book shows us the public's desire to be informed on this crucial subject for the future of our societies. In a world where the scientific word is opposed to unreliable or ideologically biased information, accessible works that give everyone arguments for rationally debating subjects such as migration seem more and more necessary every day," explains the researcher.

A prize to raise awareness about the fate of 100.00 undocumented migrants in Belgium

The FNRS Wernaers Prize is endowed with a cheque of EUR 6,500. The authors have decided to donate the entire amount to two "social security solidarity" projects run by the Liège-based collective "La Voix des Sans-Papiers" and created to meet the needs of a population almost entirely deprived of rights. With this gesture, the authors wish to remind us that undocumented migrants - whose number is estimated at 100,000 - are the great forgotten people in the migration debate: "The security discourse in this debate leads the general public to believe that the authorities are capable of expelling tens of thousands of individuals, including children. As indicated in our book, this solution is not only inhumane but also unrealistic and damaging to our economy. Other avenues, such as the recently mentioned regularization through labour, must therefore be explored without delay," emphasizes Jean-Michel Lafleur.  "The current status quo, which leaves thousands of people without rights and a future, has gone on too long".